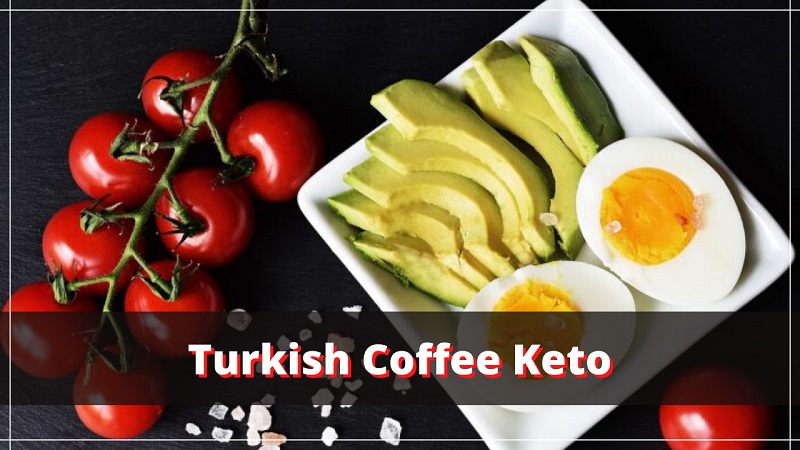 Can Turkish coffee be your secret trick for losing weight? Learn now.

Due to its virtually zero carb content, incredible taste and smell and beneficial effects such as boosting metabolism and potential to increase ketone production, plain black coffee is a popular choice among people who follow the keto diet.

If you’re following the keto diet to shed some extra pounds and get in shape but want to enjoy your Turkish coffee, you might be wondering “Is Turkish coffee keto?”

Unsweetened Turkish coffee is a virtually zero-carb beverage that you can enjoy while on keto. Not only that it won’t kick you out of ketosis but Turkish coffee might also be your secret weapon for fat burning.

If you’re still curious about Turkish coffee’s effects on keto and want to know more about it let’s explore further into the ketogenic diet, how Turkish coffee helps you with it and what to avoid when drinking Turkish coffee on keto.

Ketogenic diet is a high-fat and low or zero-carb diet that’s designed to maximize weight loss by limiting carbohydrates and triggering the production of ketone bodies.

When you adapt to the ketogenic diet your body starts using fat and ketones for fuel instead of glucose. Your body makes up for the lack of glucose by producing ketones to fuel the brain and getting more efficient at burning fat and this state is called ketosis.

Although these are limitations, since everyone’s metabolism is slightly different, there are many people who achieve ketosis by eating more or even less carbs than this.

According to people who advocate it, by following the ketogenic diet you become a fat burning machine. This is what we all want, right?

It basically makes your brain less excited and more calm.

Because keto diet causes many desirable changes in the dieter’s body along with the weight loss, many people, even though they are in the weight range they desire still continue with the keto diet for benefits such as;

One of the hardest parts of keto is avoiding carbs because carbs are everywhere. From the bread and pasta you eat to fruit juice and soft drinks that you have with your meals, most foods contain carbohydrates.

Because of this keto dieters must be careful with what they eat and drink if they want to stay in ketosis.

Main foods that are allowed on keto diet can be counted as usually fattier cuts of meat, seafood, eggs, nuts, low-carb dairy, non-starchy vegetables and some low-carb fruits like olives and avocadoes, also berries in moderation.

And although they are regarded as part of a healthy diet, starchy vegetables like potatoes, grains and cereals, legumes, most fruits and high-carb dairy such as milk are on the list of foods you can’t eat on keto.

Due to its low-carb nature it’s of utmost importance to stay hydrated on a ketogenic diet, especially during the adaptation period where you can expect to lose lots of water weight because of depleted glycogen stores.

Best way to do this is by sipping on water through the day. Other options include sparkling water, bone broth, almond milk, tea, plain coffee and unsweetened Turkish coffee.

Just like plain old coffee, unsweetened Turkish coffee has virtually no carbs and is suitable for drinking during keto.

Just make sure to watch out for rookie mistakes such as adding sugar or honey as commonly done and stick to unsweetened.

Also, we Turks never drink our coffee without lokum (Turkish delight) or some other traditional snack. But if you’re following keto these are off your list since they are very high in carbohydrates and will surely kick you out of ketosis.

Not only that Turkish coffee is perfectly suitable for keto, it can also help with your weight loss goals;

Ketogenic diet is a high-fat and low-carb diet that people use to lose weight by taking advantage of its effects such as increased fat burning and ketone production.

Along with that many keto dieters follow it for the benefits such as decreased inflammation, increased cognitive function, improved energy levels and fat adaptation.

Because of its restrictive nature, it can be hard to know what’s allowed and what’s not allowed on keto diet at first.

Unsweetened Turkish coffee, like other types of plain coffee, is an almost zero-carb beverage that you can enjoy while on keto.

Not only that Turkish coffee won’t kick you out of ketosis but it will aid you in losing weight by giving you the boost of energy that you need for workouts, metabolizing fat tissue and keeping you fuller for longer.

So if you are on keto and want to enjoy a cup of delicious Turkish coffee, just go for it!

Is Turkish Coffee stronger than Espresso?

How much Turkish coffee should I drink?

Like variation? Try These Spices with Your Turkish Coffee 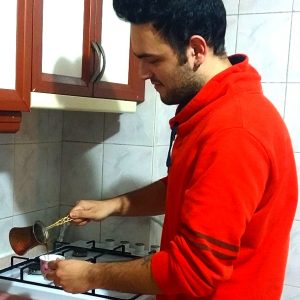